Shotspotter is the largest vendor of audio surveillance systems. It consists of sensors - microphones - distributed over a neighborhood in order to determine the location of a gunshot. Sensor data is then sent through a set of algorithms and analysts to "verify" a gunshot. Verified alerts are then pushed to police in the field. Shotspotter claims to be able to distinguish gunshots from similar sounds such as fireworks and cars backfiring.

Shotspotter sensors are deployed over 117 square miles in Chicago. CPD claims that race is not a factor in the placement of sensors, but they are deployed in the 12 police districts with the highest Black and Latinx residents.

CPD signed a three year, $33 million contract with Shotspotter in August 2018, with the option for renewal in August 2021. The Shotspotter deployment in Chicago was funded primarily through money seized through the war on drugs. In addition to the devices, analysts, algorithms and software licenses, there are additional costs due to police responding to false alarms from fireworks, cars, and other ambient noise.

Shotspotter typically deploys 15-20 sensors per square mile in covered areas. A sensor is 'activated' by loud noises which are analyzed by algorithms to determine whether or not they are gunshots. When three or more sensors are activated, they supposedly can pinpoint the location of the gunshot within 82 feet.

The efficacy of the devices in Chicago is currently unknown, although it is likely that the system generates a large number of false alerts, leading to unneccesary and dangerous police deployments. An analysis by the Macarthur Justice Center found that of 46,000 police deployments initiated by Shotspotter alerts, only about 6,000 led to a police report. Of those reports, only 1 in 9 involved a gun.

Shotspotter's website claims that the system is 97% accurate, although a Shotspotter forensic analyst testified in a trial that the company's guarantee of accuracy was put together by its sales and marketing department, not its engineers.

San Antonio and Charlotte cancelled their contracts with Shotspotter because they found it too costly and didn't see benefits for public safety.

The Charlotte Observor found that there was evidence of a gun being fired in only one of every 41 reports of Shotspotter alerts.

In October 2017, a judge in Rochester dismissed a weapons possession conviction that was based on Shotspotter evidence, asserting that it was not reliable as scientific proof.

Shotspotter is marketing its technology for several new markets, including in schools as an early detection and response to school shootings. However, the increasing use of this technology in areas where people will be speaking raises concerns with how the data is handled and stored, as the Shotspotter microphones can pick up conversations, thereby becoming a remote wiretapping system.

Shotspotter increases potentially dangerous interactions with police, including foot chases. A Department of Justice report into unconstitutional use of force by CPD emphasized that foot pursuits "too often end with officers unreasonably shooting someone - including unarmed individuals."

A Shotspotter alert led police to chase and shoot 13 year old Adam Toledo in Little Village, who was unarmed. The murder of Toledo sparked outrage, including numerous calls for CPD to end its use of Shotspotter and other surveillance technologies. 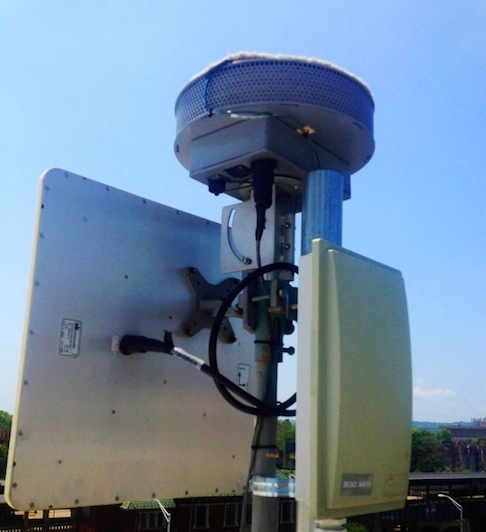